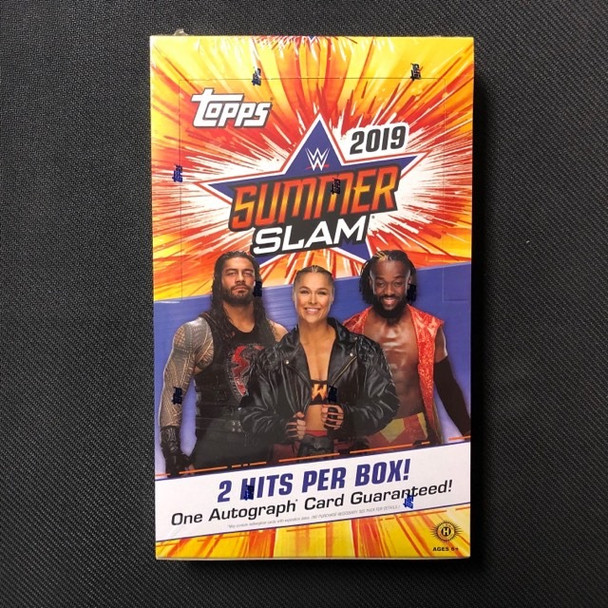 Topps is proud to present to its newest release, WWE SummerSlam. Celebrating the biggest event of the summer, Topps WWE SummerSlam features the most popular Superstars and Legends from the WWE roster!

2 Hits per Hobby Box, with one Autograph Card Guaranteed!

BASE CARDS
Highlighting 50 of the most popular Superstars on the WWE roster that appeared at SummerSlam 2018 and 50 of the most important matches leading up to the event.

NEW! Greatest SummerSlam Matches & Moments
Featuring great matches from throughout the 31-year history of the event.

MSRP:
Now: $102.95
Was:
Configuration: 12 packs per box. 5 cards per pack.   Introducing the new Topps WWE Money In the Bank 2019 Trading Cards! Commemorating one of WWE’s most fun and popular PPV events...